Equality in the curriculum 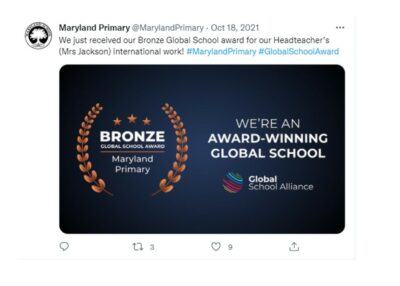 “We believe in a world where everyone should be treated with respect, fairness and equity and as educators, we will actively work to combat all forms of racism that stand in the way of this belief.
We will educate our children and young people to recognise and reject racism and provide a safe environment for them to speak about and speak out against injustice.”
Newham pledge, written by Lorna Jackson, Headteacher.

Maryland leads on equality and diversity work within the local authority. The Equality Team regularly trains other schools on unconscious bias, racial literacy and how to embed equality within the curriculum. The school has hosted many visits from schools to showcase curriculum innovation. The school holds a well-respected position within Newham for teaching anti-racism and equality, often being consulted on local authority concerns such as their approach to street names, culture and art, body image and the HAES approach.

The equality team has supported local schools in how they evaluate their curriculum to ensure equality and diversity are interwoven as a golden thread through the school.

The headteacher and the equality team support schools across London and have had visits from schools nationally. The headteacher is regularly invited as a keynote speaker on equality and diversity at local authority and national conferences.

Pupils have a global perspective and are well prepared for life in modern Britain. It is very important that our pupils see themselves represented in what they learn and the school itself so that equality and antiracism are seamlessly interwoven into the curriculum. A recent staff survey, teachers voted that the school was ‘very good’ responses was promoting racial harmony

How do we do this?

Assemblies: Our assembly programme written for year R to year 6 is built around our six values. They are designed to intertwine the protected characteristics of the Equality policy, for example there are awareness assemblies on:

All postholders have reviewed their curriculum and the statutory requirements of the national curriculum to ensure that it is broad and balanced. This audit helped us to review the curriculum in line with schools’ statutory duties under the Equality Act 2010.

Some examples of equality and diversity in the Maryland curriculum:

Throughout our curriculum we inspire our school through role models, people who look and sound like them who through hard work and sacrifice not through luck have made it. 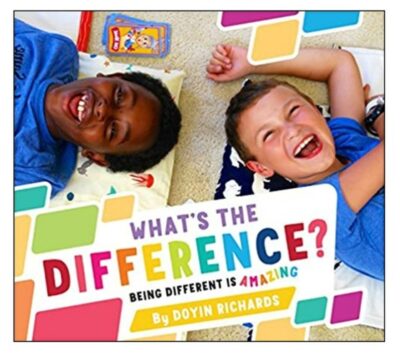 The Equality Library is a valuable collection of literature that has been researched and catalogued to enable teachers to find books that address equality, respect for minority groups from all cultures (including refugees and white minorities subjected to discrimination), racism and social justice. These books are both fiction and non-fiction, carefully chosen to help teachers to engage confidently with their students about these topics and help make ‘the uncomfortable, comfortable’. Discussing race and racism, as well as other equality subjects such as those around gender with students can be a complex task, but it is one of the most important things we can do as educators to bring about positive change. It can be difficult to find the appropriate words to effectively explain how constructs, such as race, impact on society or explain why and how racism should be challenged.

The Equality book list is a collection of titles categorised to help target specific aspects of discrimination and to make it easier for teachers to find certain topics they want to discuss at key points in the year in response to international awareness days (i.e, Refugee day, Anti-discrimination day, Remembrance day, Holocaust Memorial day, Multi-faith week, Stephen Lawrence Memorial day, Windrush Memorial day, and so on).

Most of the books listed in the Equality Library have notes at the back to assist with teaching. However, to accompany certain books  Teacher Guidance notes have been created to help build teachers skills in educating students and themselves about how to understand equality, to have empathy for others and how to acknowledge and celebrate diversity without causing offence. The guidance helps teachers to develop a sensitive teaching style which is key to ensuring all students feel safe, supported and able to engage with the key messages.

Synopsis Summary of the book

Teacher Self-Evaluations Reflective questions to guide educators to monitor their own thought processes.

Pre-reading Activities To discuss what the book is potentially about beforehand with students.

Class Discussion questions To help guide classroom conversations with students, e.g. identifying, “What are the undertones or hidden messages in this book?”.

Post reading activities Further activities that could be done during lesson time to help further understanding and engagement of the subject, including digital media. For example, read the book then watch a related video.

The list of categories is not exhaustive. Many titles are cross curricular, e.g. in CPSHE or humanities resources. When used alongside the Teacher’s Guidance, these books become a valuable resource for bold and courageous conversations.

Maryland Primary School has researched and created The Racial Literacy Conversation Kit which has been produced for Education4Change as part of their work for Newham. It is not a finished document but an evolving one, where users can add terms and information that are useful and accepted in their setting. It is a work in progress.

What is racial literacy?

Literacy is the concept of having knowledge and skills in a specific area.

Racial literacy refers to having the knowledge, skills, awareness and dispositions to talk about race and racism.  A good starting point is to have a shared understanding of the words and phrases that are appropriate.

Why do we need a Racial Literacy Conversation Kit?

Racism causes lifelong trauma and stress that can have a devastating impact on self-esteem and confidence, ultimately affecting opportunity and life chances. As educators we believe it is our duty to tackle the issue of racism in whatever way we can.

The aims of the research were to find out:

Findings from the survey

In the survey, educators admitted they found it difficult to define the word ‘race’ without going to the dictionary (apart from a few that responded ‘human race’, meaning a human species). Interestingly, respondents found it much easier to define racism and racist, but not race.

2.    The climate of a school is the catalyst for change

The survey results gave a clear indication that schools have to have the correct climate in order to discuss boldly the issue of race and begin to embrace anti-racist education.  Inclusion, which has been around for decades, was easier to understand and action than anti-racist education which is a fairly new concept for settings.

Results showed that groups (from all diverse backgrounds) who had not received training on racial literacy were nervous and felt discomfort in discussing racial issues face-to-face with colleagues, but more comfortable when discussing it via social media or with family and friends not connected to the workplace.

However, 70 educators who had been trained on racial literacy, including racial bias, felt that the training had enabled colleagues to:

Educators shared their views that using Racial Literacy confidently with young people was vital in order to bring about change in society and would now encourage the redesign of teaching plans and resources in order to model the confident use of language.

Also schools must actively create a climate where young people are able to understand what racism is and how to deal with it as they enter wider society. It is agreed that it is the educators’ duty to enable young people to embrace being proud of who they are. Hence the redesign of CPSHE lessons now boldly embraces the previously taboo subject of gender, but this provision falls short on addressing race.

It was found that other aspects of collegiality should be taken into consideration, e.g. appearance to do with culture such as hair and skin tone, racial banter and also disproportionality of groups within the workplace.

You can read the E4C bulletins below to learn more about this exciting project:

This website uses cookies to improve your experience while you navigate through the website. Out of these, the cookies that are categorized as necessary are stored on your browser as they are essential for the working of basic functionalities of the website. We also use third-party cookies that help us analyze and understand how you use this website. These cookies will be stored in your browser only with your consent. You also have the option to opt-out of these cookies. But opting out of some of these cookies may affect your browsing experience.
Necessary Always Enabled
Necessary cookies are absolutely essential for the website to function properly. These cookies ensure basic functionalities and security features of the website, anonymously.
Functional
Functional cookies help to perform certain functionalities like sharing the content of the website on social media platforms, collect feedbacks, and other third-party features.
Performance
Performance cookies are used to understand and analyze the key performance indexes of the website which helps in delivering a better user experience for the visitors.
Analytics
Analytical cookies are used to understand how visitors interact with the website. These cookies help provide information on metrics the number of visitors, bounce rate, traffic source, etc.
Advertisement
Advertisement cookies are used to provide visitors with relevant ads and marketing campaigns. These cookies track visitors across websites and collect information to provide customized ads.
Others
Other uncategorized cookies are those that are being analyzed and have not been classified into a category as yet.
SAVE & ACCEPT
Powered by